On Thursday, January 14th, Governor Newsom announced that he will be deploying 1,000 troops from the California National Guard to Sacramento from the 16th to the 20th to “protect the Capitol and other critical infrastructure.”  On January 20th, we will be marching against far-right terror with the rest of our community. We will not be deterred by the National Guard or any members of the far right who wish to stand in our way. “We Keep Us Safe” is more than just a slogan: neither the National Guard nor the police have our best interests at heart. Their priority will be (and has always been) to protect property over people’s well-being. We have seen this through the summer in the George Floyd uprisings, and through the fall with the repeated right-wing demos that have brought terror and violence to our city.

The fact that one figurehead is being traded for another on the 20th does not matter to us. This does nothing to combat the white supremacy that the US was built on, and does nothing to stop its current white supremacist project. While we do not care about the damage done to the Capitol building in DC on January 6th, we recognize it as an outgrowth of the racist rage that has been building and organizing for years. The Right is capable of an immense amount of violence–we have seen this in our own city throughout the fall and now winter.

We know that we cannot rely on the state to protect us. Instead, we must turn to each other and defend our community through solidarity and direct action. We have done so on December 5, 2020, and we will do so again. In that spirit, we invite everyone who opposes far-right violence to stand with us on Inauguration day. What already has begun continues on Wednesday, January 20th. Together, we continue to push back and build towards the day the far-right can never return to the streets of Sacramento. 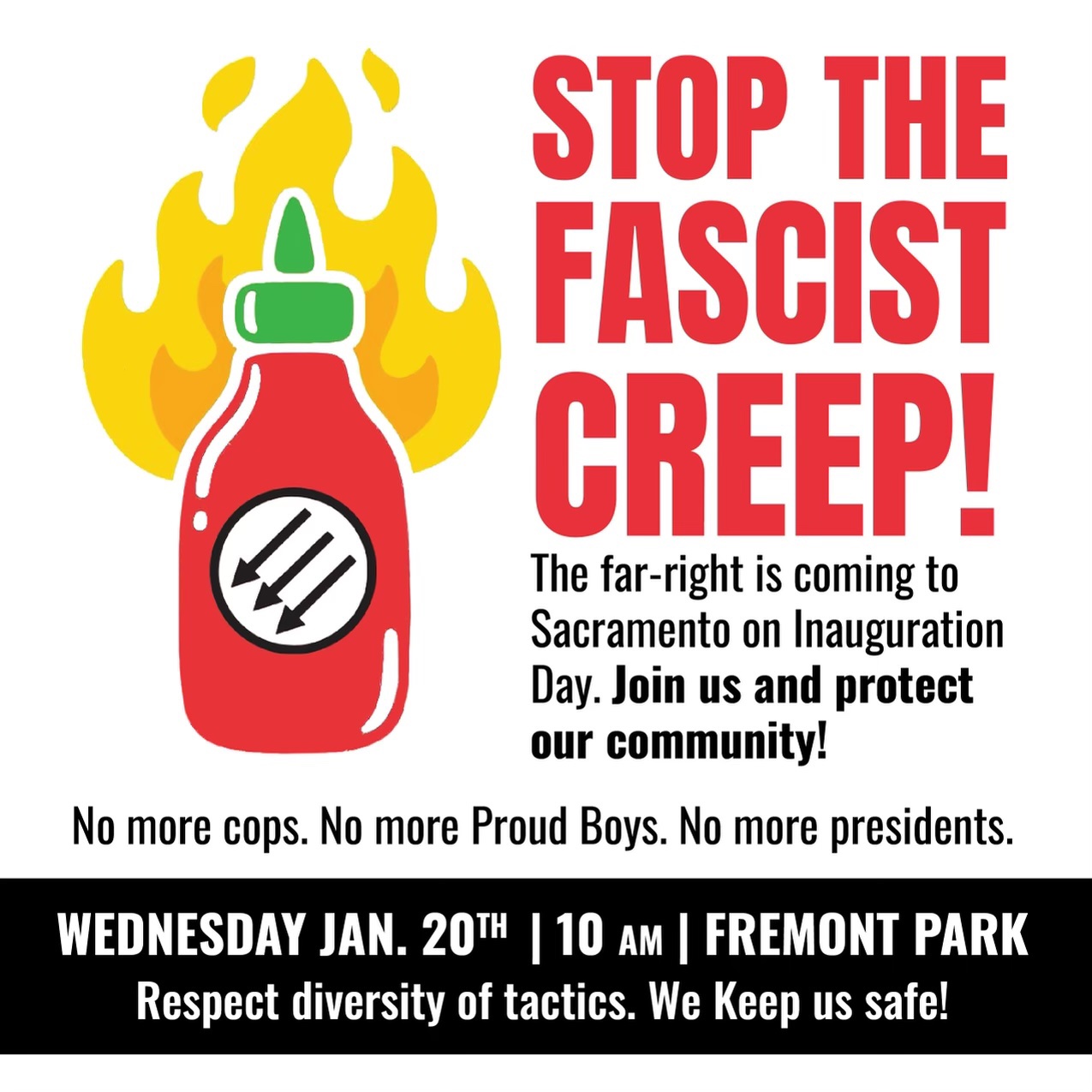