Meet Robert Alexander Sunday Jr. of Orangevale, CA: a former U.S Marine and current member of the Proud Boys, a neo-fascist group. Sunday has lived in the Sacramento area since 1977 and spent a brief period stationed elsewhere as a marine. He has actively organized with the Proud Boys in Sacramento through 2020 and is dominantly featured in the well-circulated image at Cesar Chavez park on November 21st, 2020, where he is shown repeatedly attacking an individual. In the following post, we detail Robert Sunday’s history as an extremist and his background.

From early November 2020 through mid-January 2021, leading up to Inauguration Day, the far-right held weekly Stop the Steal rallies at the State Capitol. The Proud Boys consistently attended these rallies and even co-organized several of the events, often serving as security. The first rally, on November 7th, was attended by a large, all-encompassing MAGA crowd with a small group of Proud Boys. Over the following weeks, however, the rallies became more volatile. The Proud Boys continued to show up in larger and larger numbers, and as their presence increased, so did the escalations against the local Sacramento community. By November 21st, the Proud Boys had mobilized members from all over California and made up the vast majority of the attendees.

An hour into the November 21st rally, Proud Boy Christopher Young of Galt announced that the crowd would soon be marching to Cesar Chavez park. This was an explicit call for violence and confrontation against the local community. During the summer 2020 protests for BLM and George Floyd, Cesar Chavez Park had served as a central starting point. More importantly, Cesar Chavez Park regularly serves as a campground for the local unhoused community and is a primary distribution point for food and resources. By announcing a march to the park on a weekend, the Proud Boys had stated they were ready to attack the local unhoused community who would be in no position to defend themselves.

After hearing Young’s announcement, a handful of anti-racists rushed to try and protect and assist the unhoused folk in the area, and defend the park against the arrival of the Proud Boys and the MAGA threats. Nearly 100 Proud Boys and affiliated neo-fascists then marched on the park, and they immediately surrounded anyone they felt was opposition. Robert Alexander Sunday was among the most violent of the lot, and his attacks were caught on camera multiple times. This event culminated in the arrest of the individuals who had been attacked by the Proud Boys and MAGA hats. As usual the local police provided protection for the aggressors and legitimized their actions by arresting the victims rather than the attackers.

For a more detailed analysis on the day’s events, see our exposé of Proud Boy Michael Lawrence Staley.

Within the Proud Boys, members earn respect and social standing by obtaining a series of degrees through various actions. The fourth degree, which is coveted and glorified amongst members of the group, is earned by “fighting for the cause.” This means Proud Boys gain respect and clout within the group by physically attacking anyone  the Proud Boys perceive to be against their organization and/or beliefs. During the November 21st, 2020, attack on Cesar Chavez Park, Robert Sunday reached his 4th degree. Sunday was so proud of that designation he used the photo of him participating in the mob attack as his profile picture for Telegram. Adjacent to the photo, he added a “4°” to his username.

Sunday takes unabashed, public pride in his brutality. His zeal for violence should be extremely concerning to his co-workers, family, neighbors, and the Orangevale community at large.

On June 5th, 2021, after becoming a 4th degree Proud Boy,  Robert Sunday went downtown yet again to attend another rally with the Proud Boys to memorialize Ashli Babbitt, the neo-fascist who was shot and killed by police during the attempted coup in D.C. on January 6th.

In July of 2021, Sunday and fellow Proud Boy Rick Smith of Auburn joined at least four other Proud Boys at the Shasta county courthouse to act as security for Carlos Zapata. Zapata is a prominent far-right figure in the north state who was being arraigned that day for an assault charge dating back to May 4th, 2021. Despite Sunday wearing a mask that day in Redding, he was easily identifiable by the tattoos on his arms.

Sunday’s involvement in those months, beginning with the Stop the Steal rallies, escalating into direct attacks on vulnerable community members, memorializing neo-fascist insurgents, and then acting as security in the norther part of the state, reveal his connections and determination for the cause.

As Robert Sunday’s involvement has changed so has his appearance. An older Facebook post shows Robert Sunday without the longer beard he’s worn over the last year. Sunday has since changes his appearance, wearing a long beard. He has also left Facebook from what we can tell. Now he avidly uses Telegram, where he specifically references his allegiance with the QAnon movement.

He posted WWG1WGA, a popular QAnon acronym that stands for “Where We Go One, We Go All.”

QAnon is a christofascist movement that dates back to 2017. It has gained a large, mainstream appeal and is rooted in an antisemitic conspiracy theory. At a recent QAnon conference in Las Vegas, a speaker “called on ‘fellow Christian warriors’ to martyr themselves against demonic forces.” Sunday, and anyone who is a member of QAnon, should be considered highly concerning and a threat to the community. Considering his capacity for interpersonal violence and his association with other violent groups, his QAnon references are concerning as they serve to bridge the extremism of the Proud Boys with mainstream centrists and conservatives.

This fall the Proud Boys have been increasingly engaging in targeted attacks here in Sacramento, destroying a Black Lives Matter mural in Midtown multiple times and targeting members of the community in coordinated harassment campaigns throughout the greater Sacramento area. Alerting the community about who the Proud Boys are and what to look out for is more important now than ever. Identifying these Proud Boys and circulating their information is just as important. The people of Orangevale and the entire Sacramento area should know where Robert Sunday lives so that they can then proceed accordingly.

The Proud Boys are not welcome in our city. Now more than ever, we need the city to let them know. 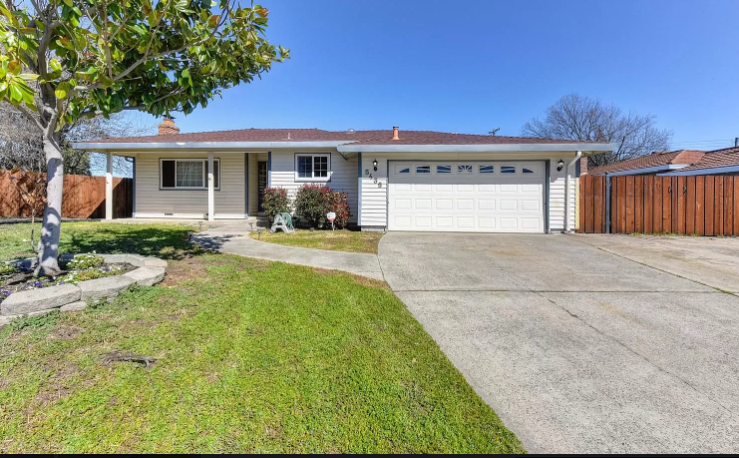 If you have any additional information on Robert Sunday or any of his associates please e-mail us – antifasac@riseup.net