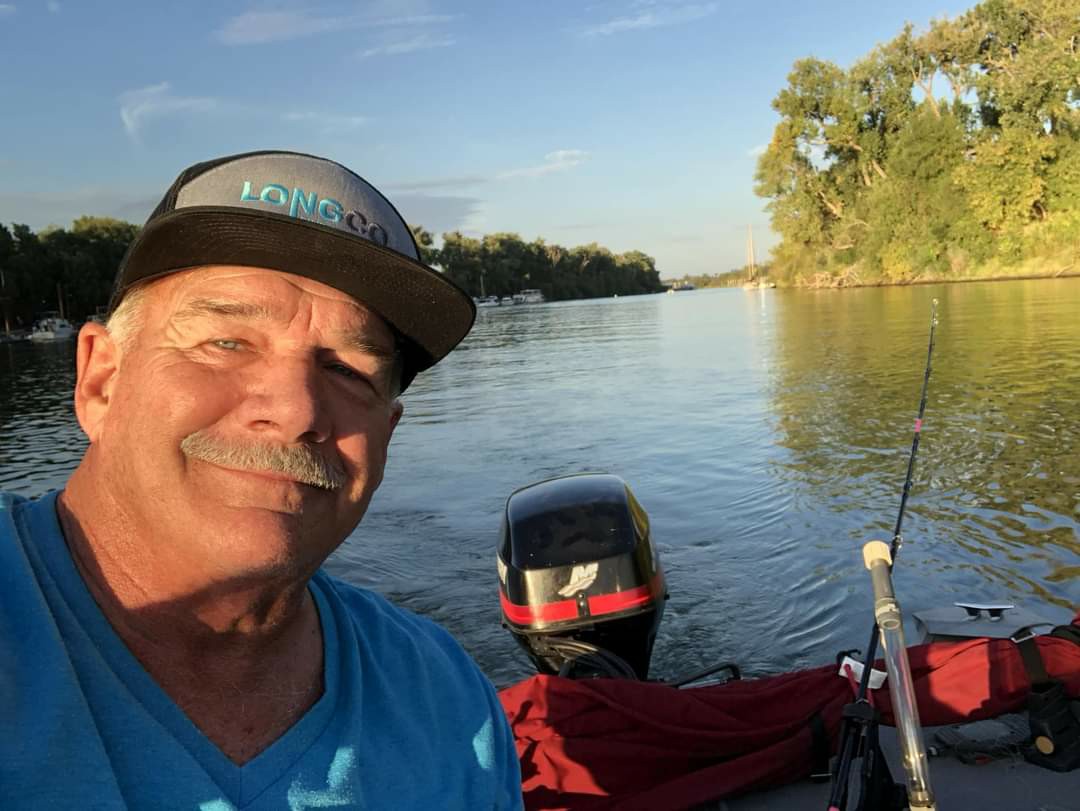 Bob Mitchell, a business owner living in Fair Oaks, outed himself as a member of the Proud Boys, a neo-fascist group, in an online debate on 12/15/2020. Since the group’s founding in 2016, the Proud Boys have quickly evolved into a violent and highly concerning neo-fascist movement. The fact that Mitchell owns a business in Citrus Heights and is a member of the Proud Boys is cause for concern: the more that fascist groups are able to gather, access financial resources, and normalize their beliefs as ‘everyday people,’ the more they are able to grow and spread hate.

This Facebook post is one of several where Mitchell declares himself a member of the Proud Boys.

In this post, Mitchell champions the chairman of the Proud Boys, Enrique Tarrio. Tarrio is based in Florida and has a history of encouraging fellow Proud Boys to commit acts of violence and intimidation. For example, less than a month before election day, far-right factions including the Proud Boys began an effort to intimidate and harass Biden supporters in the hopes of giving the Trump campaign an edge. Tarrio was caught on camera as part of a contingent that encircled a caravan of Biden supporters. In this picture he can be seen walking towards cars of Biden supporters with a Proud Boys shirt on. Though our group opposes both the Democratic and Republican parties, we feel it is important to highlight just what the Proud Boys are capable of. 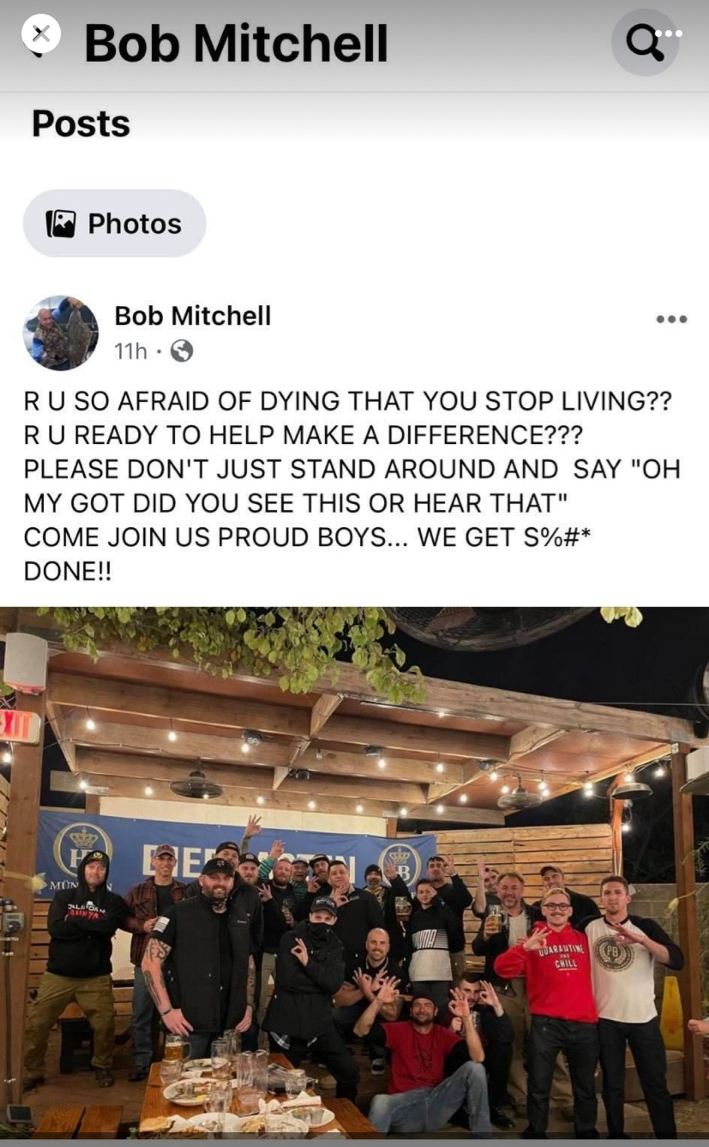 In this post, Bob Mitchell calls on his Facebook friends to join the Proud Boys, sharing a photo featuring a gathering of local Proud Boys and urging his followers to “Join us Proud Boys” and “get s%#* done!!” further cementing his ties to the organization and his interest in recruiting others to spread hatred and bigotry.

Who are the Proud Boys?

The Proud Boys are a far-right extremist group known for acts of terror, violence, and bigotry of various kinds. The Proud Boys advertise themselves as a western chauvinist fraternal order. While this is certainly true, it is also crucial to understand them as a neo-fascist organization rife with misogyny, racism, antisemitism and islamophobia, whose main goals include targeted violence against marginalized groups and all who would oppose them. Although group members often tokenize their chairman, Enrique Tarrio, as evidence against the accusation of racism, Tarrio’s background as a Cuban-American does not in any way neutralize the group’s bigotry. Indeed, the Proud Boy’s bigotry has become more visible than ever, with members seen at the 12/12/20 Stop the Steal demonstration in Washington, DC wearing pro-genocide, neo-nazi shirts.

In addition to their own home-brewed terror, the Proud Boys have also supported reprehensible figures such as Kyle Rittenhouse. Rittenhouse gained prominence in the far-right movement after he shot three anti-racist demonstrators during the anti-police brutality uprisings in Kenosha, WI, wounding one and killing two. He was charged with double murder and attempted murder, and has been lauded a hero by the Proud Boys ever since. Christopher Young, a local Proud Boy and a neo-Nazi who we put on blast earlier this month, has brought a “free Kyle Rittenhouse” shield to several rallies he’s attended over the last few months.

On November 12th, after two days of terrorizing Washington DC, the Proud Boys capped their night off at the base of the Washington monument while Enrique Tarrio lead the group in a “break out Kyle” chant. This chant took place after Tarrio gave an impassioned speech about Rittenhouse, a man who killed two anti-racist protesters and left one a survivor (RIP to Anthony Huber & Joseph Rosenbaum, Solidarity with Gaige Grosskreutz). The violence of November 12th was followed up by another demonstration on December 12th that saw another 350+ Proud Boys converge on the streets of DC and rip down Black Lives Matter banners from historic black churches and burn them in the streets.

Proud Boys across the US are an active threat, especially to marginalized communities. Recent Stop the Steal rallies (heavily attended by Proud Boys), have become a vehicle for far-right violence around the US, with several people getting stabbed and one person getting shot at the rally in Olympia. Here in Sacramento, Proud Boys have joined Stop the Steal rallies for six weeks straight, marching through our streets and attacking protesters, medics, legal observers, reporters, our unhoused neighbors, and even random pedestrians.
Any member of the Proud Boys should be considered a threat due to the group’s known capacity for violence and their role in legitimizing bigotry. Bob Mitchell’s position as a business owner lends the Proud Boys a stability that comes with access to resources such as money and meeting space. Any asset to the Proud Boys is a detriment to the community at large.

We highly encourage you to give Bob Mitchell a piece of your mind via Surf & Skate’s Yelp, Birdeye, Facebook, Locally, Judy’s Book, and Google reviews pages. Keep in mind that these sites often delete “politically motivated” reviews, so you may want to limit your commentary to bad service, poor customer care, etc.

If you have information about Bob Mitchell or any other individuals with ties to the Proud Boys or the far-right, contact us at: antifasac(at)riseup.net